In December 2019, a number of patients with pneumonia symptoms were reported in Wuhan and Hubei Province of China and later identified as symptoms caused due to the spread of corona virus. Epidemiologically, these patients were later on found to be linked to an animal and seafood market of Wuhan. Later on, the Wuhan city of China was recognized as the epicentre of the COVID-19 disease and claimed for spreading the disease across the world. Around 41 lab confirmed COVID-19 patients reported and admitted to hospital up to January 2, 2020 in China. These patients have symptoms of coughing, sneezing, breathing problems, chest pain, indigestion, and respiratory illness. It was also observed that most of these patients are already suffering from varied diseases such as hypertension, diabetes and cardiovascular.

According to China National Health Commission, 17 deaths reported in China with COVID-19 up to January 22, 2020 and within four days death rate raised to triple with 5502 confirmed cases. By the end of January 2020, 7734 confirmed cases have been reported in China along with 90 cases in other countries such as Thailand, Japan, Malaysia, Iran, Italy, India, USA, Canada, Taiwan, Vietnam, France, Nepal, Cambodia, Germany, Singapore, Korea, United Arab Emirates, Sri Lanka, The Philippines, Australia and Finland.

Furthermore, WHO on 30 Jan declares Public health emergency of international concern due to the severity of the disease. The International Committee on Taxonomy of Viruses named this corona virus as a Severe Acute Respiratory Syndrome Coronavirus-2 (SARS-CoV-2) and the disease caused by the virus designated as Coronavirus Disease-19 (COVID-19) by WHO. The COVID-19 has strewed in more than 114 countries with 118,326 active cases and 4292 deaths on March 11, 2020 and declared as pandemic by WHO. The situation becomes worse within a week after the pandemic declaration and Italy become the second most affected country after china.

How it started in India?

The first COVID-19 case was reported on 30th January 2020 when a student arrived Kerala from Wuhan. Just in next 2 days, Kerela reported 2 more cases. For almost a month, no new cases were reported in India, however, on 2nd March 2020, five new cases of corona virus were reported in Kerala again and since then the cases have been rising affecting 25 states. 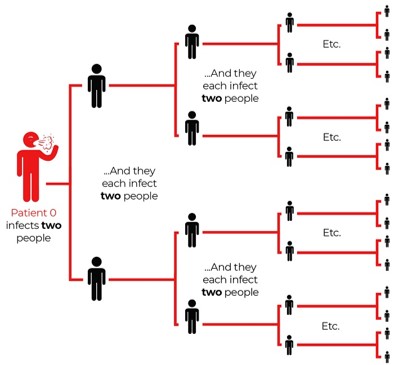 This is an executable Jupyter notebook hosted on Jovian.ml, a platform for sharing data science projects. You can run and experiment with the code in a couple of ways: using free online resources (recommended) or on your own computer.

The easiest way to start executing this notebook is to click the "Run" button at the top of this page, and select "Run on Binder". This will run the notebook on mybinder.org, a free online service for running Jupyter notebooks. You can also select "Run on Colab" or "Run on Kaggle".

You can now access Jupyter's web interface by clicking the link that shows up on the terminal or by visiting http://localhost:8888 on your browser. Click on the notebook file (it has a .ipynb extension) to open it.

Let's begin by downloading the data, and listing the files within the dataset.

The dataset has been downloaded and extracted.

Let us save and upload our work to Jovian before continuing.

Let's begin by importingmatplotlib.pyplot and seaborn.

Maharashtra state is the most recent with COVID-19 cases 1179726

From the above line plots:

From the above line plots for the states:

For any epidemic the one of the most important evaluation is Mortality Rate. It is the measure of number of deaths in a particular population during a specific interval.

It is the measure of number of recovered in a particular population during a specific interval.

From the above scatter plots for the states:

Let us save and upload our work to Jovian before continuing

Q1: What is the total number of COVID-19 cases in India?

Q2. Which state is the most recent with COVID-19 Deaths case?

Let us save and upload our work to Jovian before continuing.

links to resources you found useful